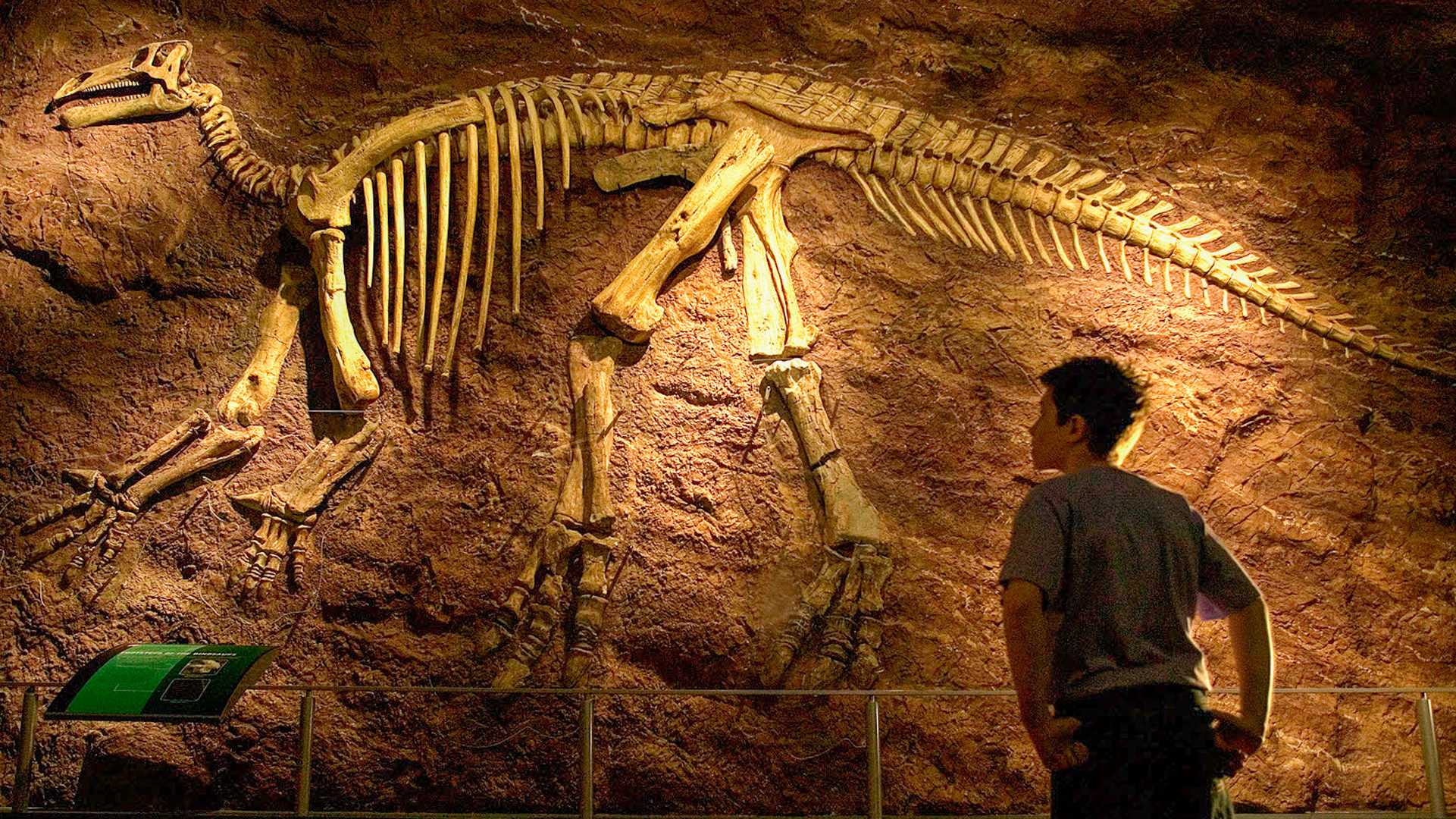 Dinosaur Isle is Britain’s first purpose-built dinosaur museum and visitor attraction; based in Sandown on the Isle of Wight. The Island’s diverse geology contains a wealth of fossils that tell us much about the past and gives clues to the effects of possible future environmental changes. Starting about 126 million years ago the rocks record the best exposures of dinosaur material in Europe. Progressively younger rocks record a variety of animals that were living on the land, in the rivers, and those that flew above lakes and lived in the seas. Plants are also well recorded on the Island. These remains show that for much of the time we were once a lot warmer and further from the sea. The youngest fossils are those from the more recent cold climates of the Ice-Ages.

This story is displayed in the museum’s galleries for you to learn and enjoy. We are sited next to some of the oldest rocks on the Island – why not come and join us on one of our advertised guided fossil walks.

The museum provides all-year education service for schools and other organizations, and a programme of public walks at places of geological and palaeontological interest. The collections were started by members of the Isle of Wight Philosophical Society over 200 years ago, and have been added to over the years. Many of Dinosaur Isle’s fossils appear in scientific publications and continue to be researched. Dinosaur Isle is the most recent building to house the collection, opening in 2001.

Our mission is “To be a national centre of excellence in the conservation, interpretation and acquisition of the Island’s dinosaurs and diverse geological heritage.”