Ford Farm Hosted the first-ever Isle of Wight Festival in 1968! 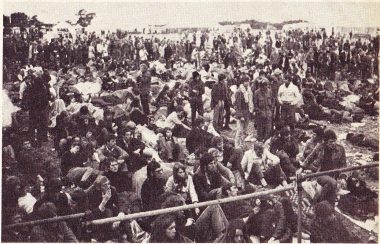 One of the Fields at Ford Farm called Hayles Field, translated into “Hell Field” by the press, was the site of the first Isle of Wight Festival which took place way back in 1968.

Ten thousand people came to the Isle of Wight to watch the acts play on a rough stage made up of two trailers.

Initially, the festival in ’68 started out as a fundraiser for the Isle of Wight Indoor Swimming Pool Association (IWISPA – pronounced I Whisper) to raise money for a new public swimming pool on the island. 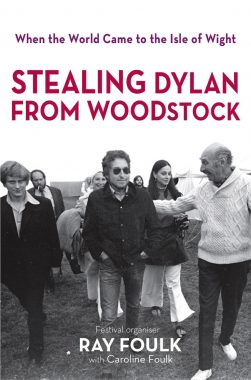 When the World Came to the IOW

The Isle of Wight Council refused to fund the new swimming pool. The Foulk brothers, Ron, Ray and Bill, under their company name Fiery Creations Ltd., founded the festival.

Jimmy Flux, a local farmer, was very supportive of the idea. He rented the field to the Foulk brothers for £30.

The 40-acre field of Barley crop was harvested a week prior to the event taking place, with the location being described as being more remote than true ‘Back-of-the-Wight’ lone villager – just how would our audience actually find us?.

Several meetings took place, in the lead up to the festival, with many sharing their fears and disapproval to the organises and the farmer.

25 shillings (£1.25) or 30 shillings for ferry inclusive from Portsmouth to Ryde return. 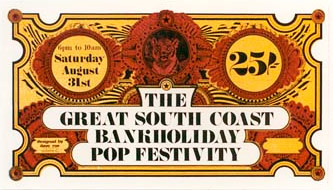 There was a lack of running water and no toilet facilities at the site, other than just a trench dug out in the field. 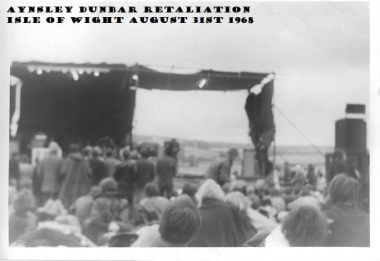 The British Road Services supplied two load-loader trailers to form a platform for the stage.

A canvas material covered a scaffold arch and lighting rig over the stage.

The Move, well known for being very loud, blew 9 speakers during their set on the Island.

Persuading Airplane to play on their first tour of the UK and Europe was a major achievement. 30 lighting technicians and sound experts brought 5 tons of electrical equipment to the festival. Although Airplane was less than 2 years into their current incarnation, they were a huge band.

Members of the Farmers Union were worried about the land being polluted by the event.

An onsite bar being advertised prior to a licence being applied for made local magistrates very pretentious. Thankfully, there was no court injunction to stop the festival. None of this was enough to stop the rock n roll.

The poor organisation was an issue, as there was a long wait between bands. 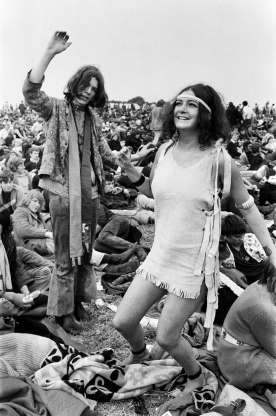 Fairport played at 4am and everyone was freezing cold. Despite all the gear, Airplane was said to have been too quiet.

The hit of the weekend was apparently Arthur Brown who, inevitably, set his head on fire. Brown had considered flying to the festival site in a balloon.

The field the event took place in ran alongside the Niton Road opposite Shiney Bricks Lane.

To find out more about the Isle of Wight Festivals during this decade, we strongly advise you to purchase the ‘Stealing Dylan from Woodstock‘ book by Festival organiser Ray Foulk with Caroline Foulk.

A year on in ’69, the organisers decided to try to attract bigger names. Subsequently, much persuasion, watching a film of the Island showing its wonderful natural beauty and literary history, as well as the thought of performing at the place where Alfred Lord Tennyson once resided, Bob Dylan agreed to headline.

You can see more about the Isle of Wight Festival, and this year’s festival line-up on www.isleofwightfestival.com. 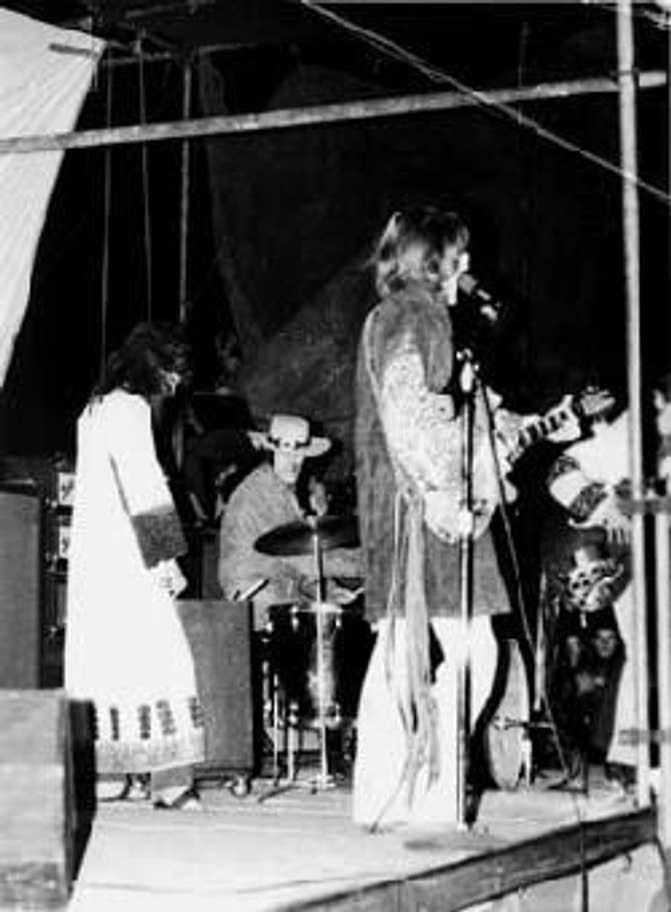 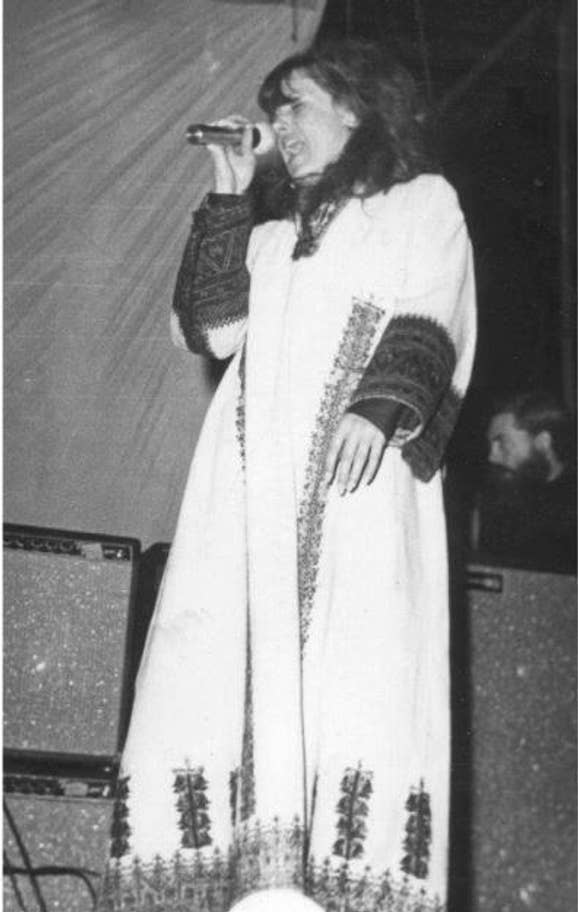 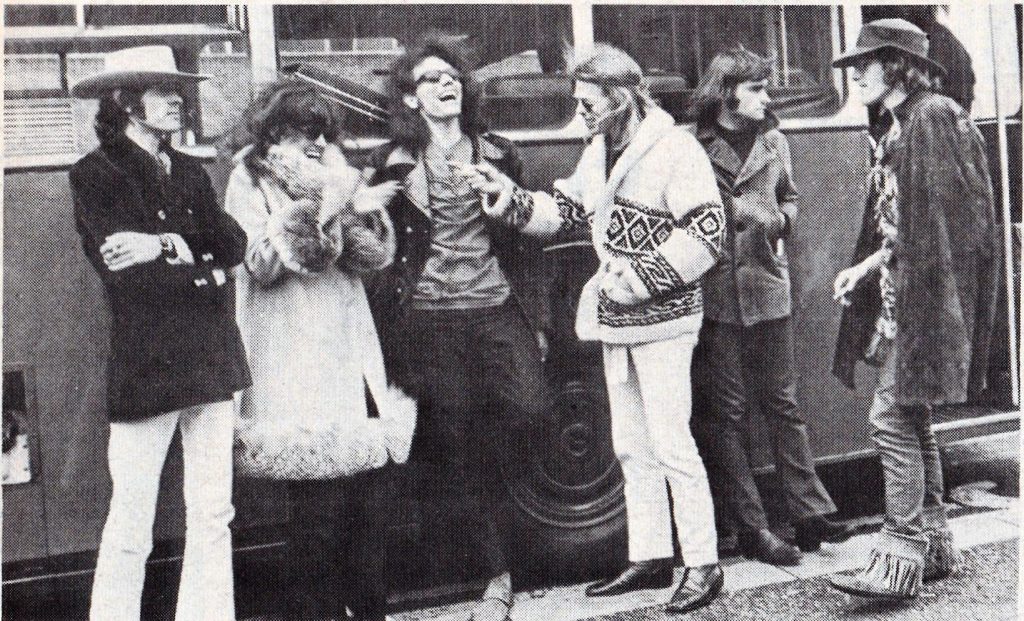 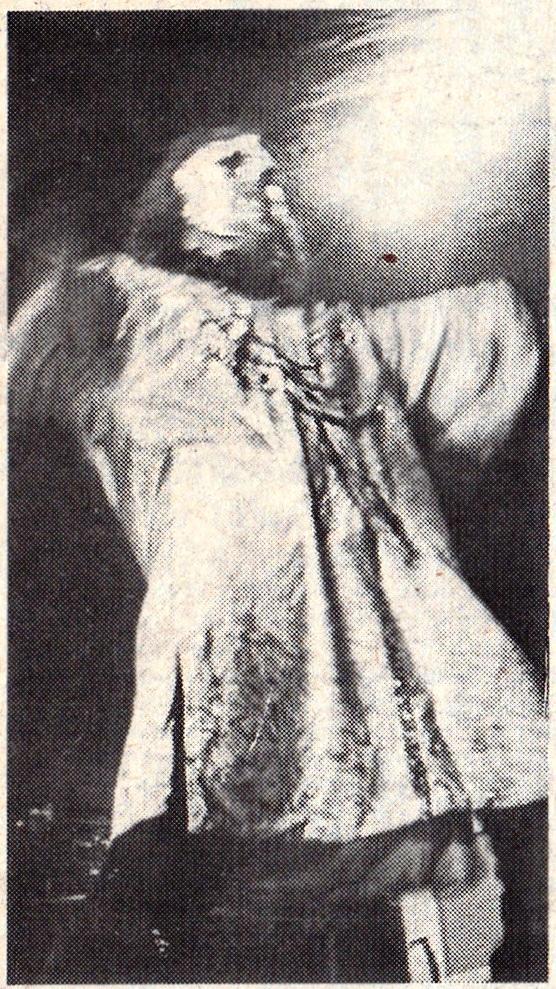 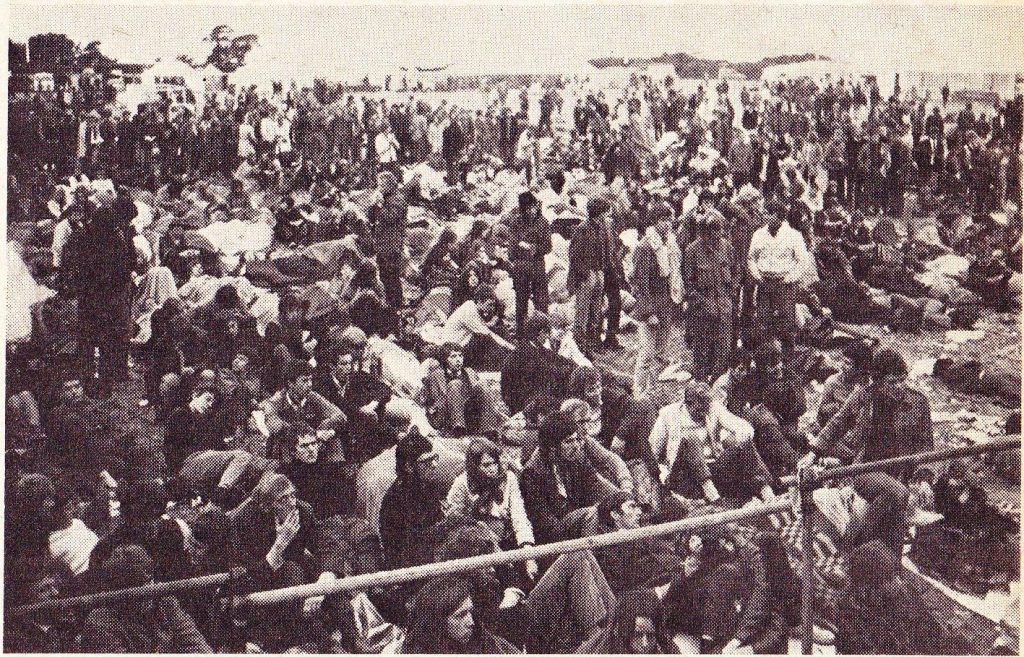 The Record Mirror published an article saying who was there, and how much of a success it was.

Fans remained faithful, despite a cold night, and rain the following morning. 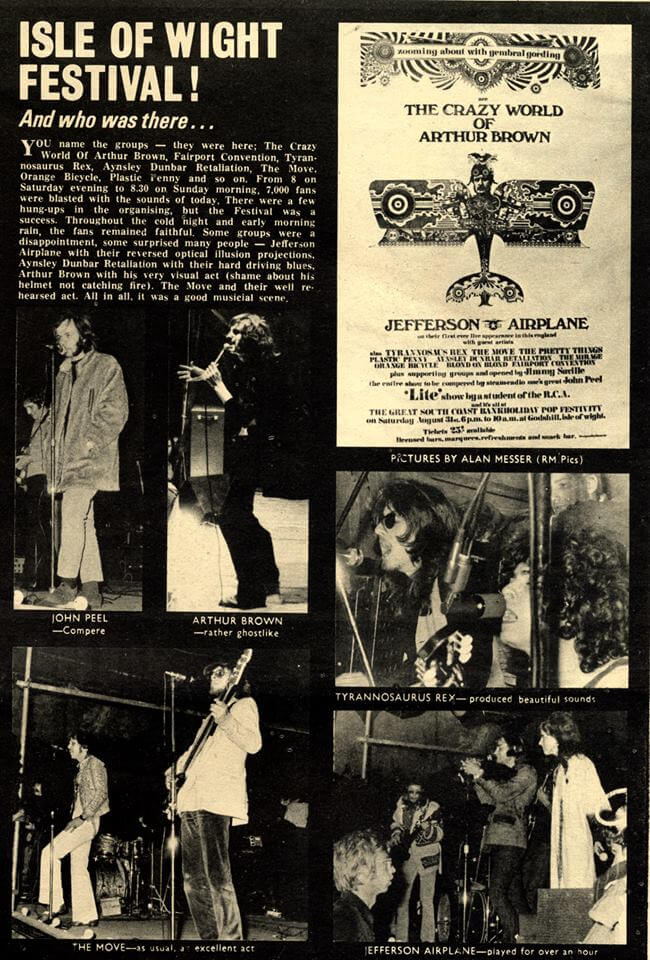 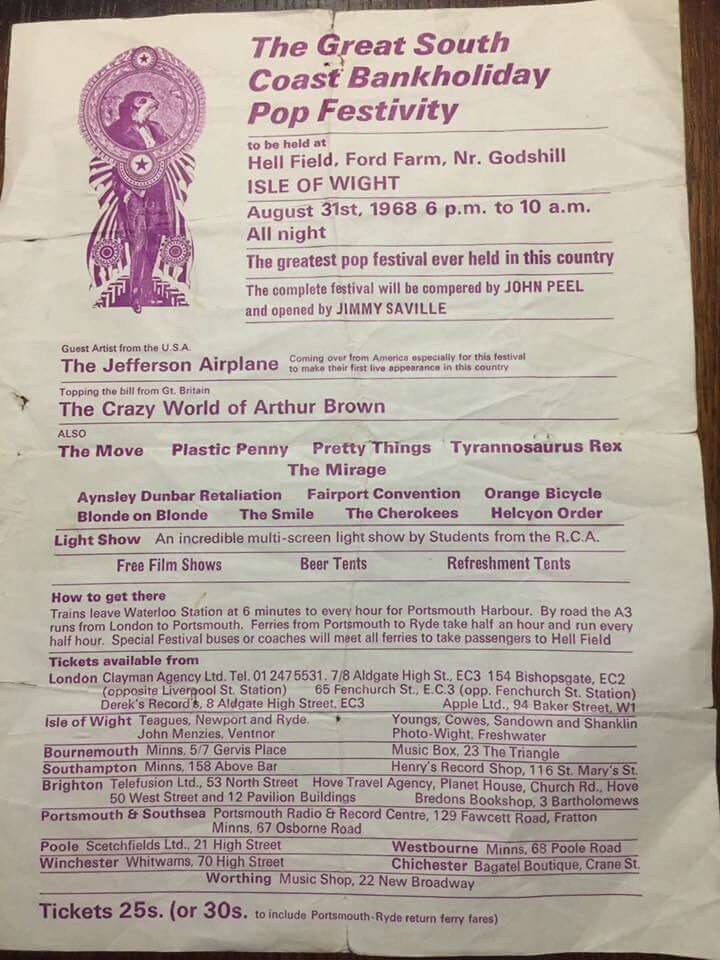 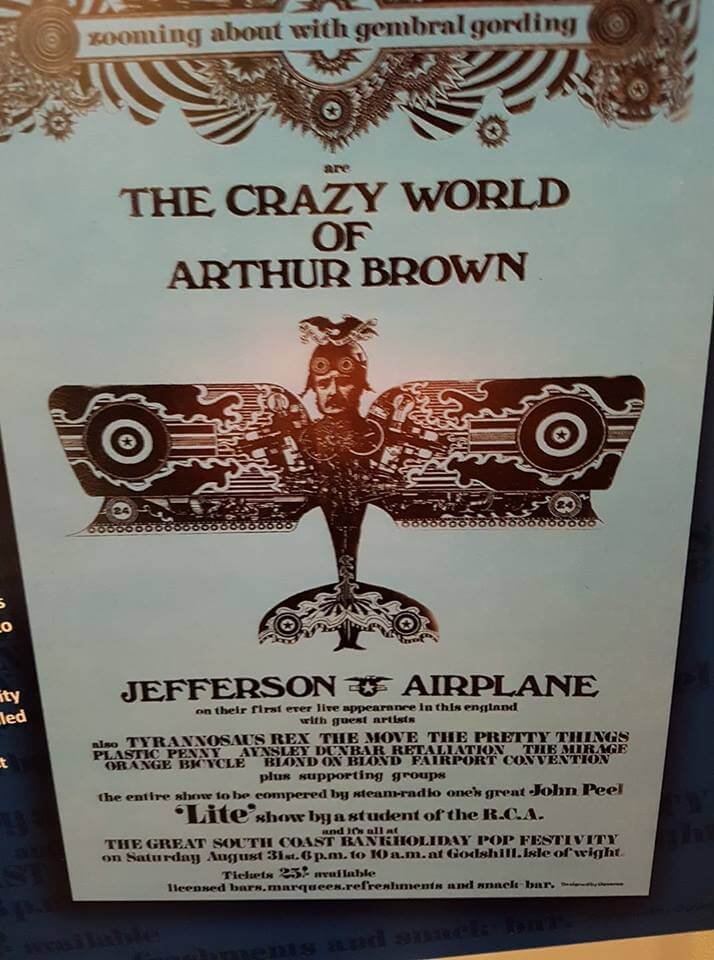 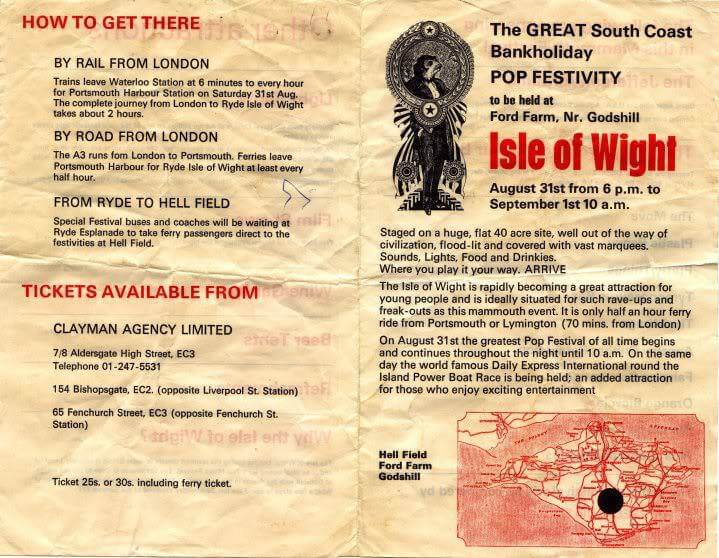 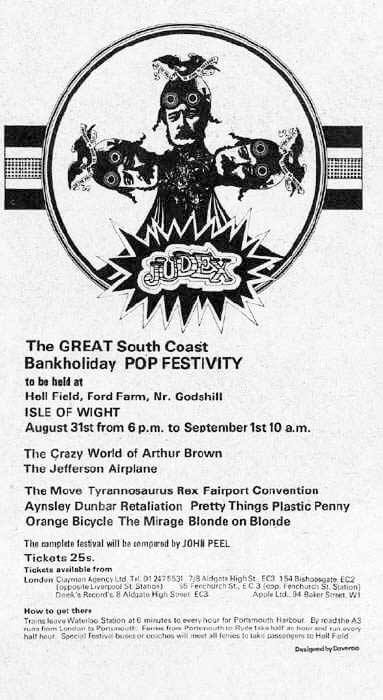 Cutting out of the Local Newspaper

Blow is a newspaper cutting for the Isle of Wight County Press – Saturday 31st August 1968.

The marker on the map below shows the field where the first Isle of Wight Festival took place.